The last twenty years have experienced extensive growth in the sequencing of cancer genomes, leading to a dramatically increased understanding of the role of genetic and epigenetic mutations in cancer. This has largely been enabled by developments in short-read sequencing, but high-throughput instruments from Oxford Nanopore are poised to displace short-read sequencing for many applications.

Using long-read technology, tens of thousands of variants per cancer genome have been discovered that are not detectable using short reads, including structural variants and differentially methylated regions in known oncogenes and cancer risk genes. In this webinar, Prof. Michael Schatz will describe several ongoing efforts in their lab to develop methods to improve the analysis of cancer genomes using nanopore sequencing, including improved methods for finding structural variants and advances for nanopore signal analysis.

Prof. Schatz will also discuss the future of cancer genomics, with the goal of telomere-to-telomere resolution of cancer genomes so that all possible genetic and epigenetic variants can be found and analyzed.

Attend this webinar to learn: 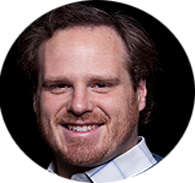 Attend this webinar to learn:

By submitting my data, I give consent to the collection, processing and use of my personal data in accordance with the Oxford Nanopore Privacy Policy.